FELIX FLOREZ - our ggGrandfather from the Philippines 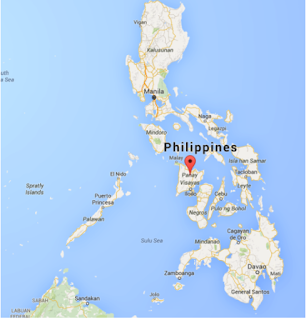 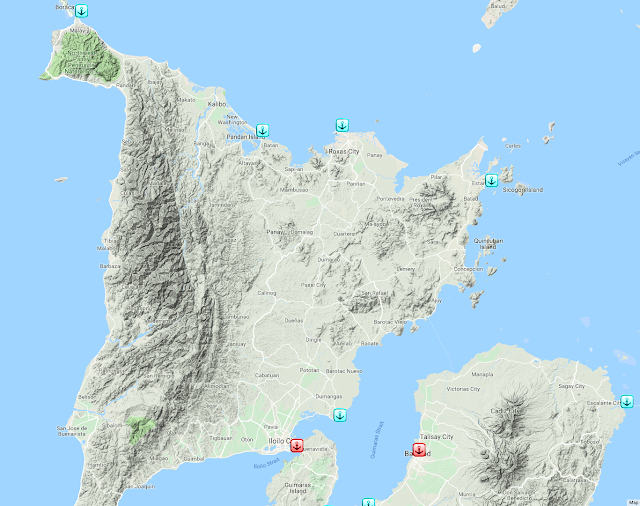 We think Felix Florez is from Iloilo, would like to hear from other Florez Families in Panay who would like to connect with our family.

Felix Florez Arrived in Cape Town on board the ship CONRAD after it was captured by The ALABAMA Captained by R Semmes, The ship was renamed the CSS Tuscaloosa and was fitted out with new canons and was immediately deployed to continue with the current mission of the ALABAMA as a commercial RAIDER Ship in the war between the Northern States and the Southern States of America in 1863. 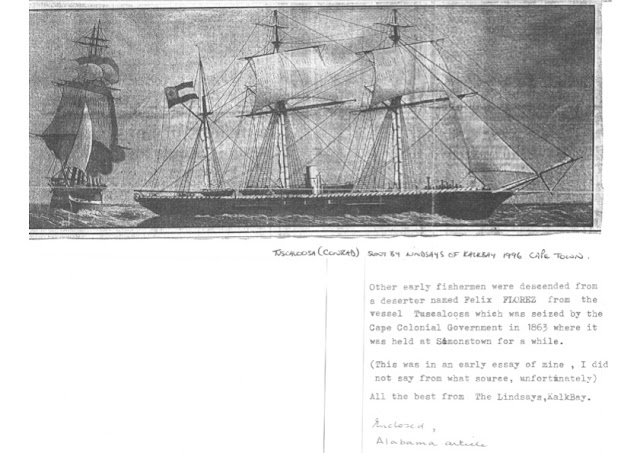 This document comes from the LINDSAYS of Kalk Bay who are historical researchers, a big thank you to the Lindsays for providing this detail, thanks again. I have just compared this photograph with another published by the Americal navy Archive. It looks like this is actually a photo of the captured vessel TONOWANDA captured by the ALABAMA on the 8 or 9th Oct 1862. If anyone has more details on this please email me (Walter) at veldsmw@aol.com, Thanks.

Data below from the CSS Tuscaloosa - Encyclopaedia of Alabama
The CSS Tuscaloosa began its maritime career as the American merchant ship Conrad out of Philadelphia. On June 20, 1863, during a mission known as the "South Atlantic Expeditionary Raid," Capt. Raphael Semmes and his Confederate commerce raider CSS Alabama captured the Conrad carrying a cargo of wool and goat skins off the Brazilian coast as it sailed from Buenos Aires, Argentina, to New York. Because of the vessel's speed, Semmes commissioned it the next day as the CSS Tuscaloosa and employed it as a both a cruiser and support tender for the Alabama. He may have done so as a way to avoid violating contemporary maritime law, which prevented warships from bringing captured prizes into neutral waters. Semmes armed the ship with three brass 12-pounder cannons along with rifles, pistols, and ammunition and provisions for a three-month cruise. He appointed Lt. John Low as captain and assigned 15 men from the Alabama's crew to the newly commissioned CSS Tuscaloosa.
Semmes then instructed Low to sail down the west coast of Africa toward the Cape of Good Hope. On July 31, Low and his men captured the Union merchant ship Santee carrying a shipment of rice. On August 8, Low entered Simon's Bay near Cape Town, South Africa, where British officials allowed him to refit and provision the Tuscaloosa, despite Britain's strict neutrality policy. Seven days later, Low left for a 90-day cruise during which he stopped at Angra Pequena, Southwest Africa (present-day Namibia), to unload the ship's cargo of wool and goat skins. After crossing the South Atlantic, Low sailed into Santa Catarina in southern Brazil on November 19 to purchase supplies, but Brazilian officials refused the request and directed him to leave before sundown. By December 26, Low had returned to Simon's Bay, where British officials seized the Tuscaloosa, intending to hold the vessel until the original owners could reclaim it. Low and his crew left the ship, and an officer and several sailors from the HMS Narcissus took control. Neither the ship's original owners nor Confederate agents ever reclaimed the vessel, so British authorities released it to the U.S. Consul in March 1864. The Consul, in turn, gave the vessel to the Union Navy.

Here is Felix on the CSS ALABAMA Ship in Table Bay in 1863. 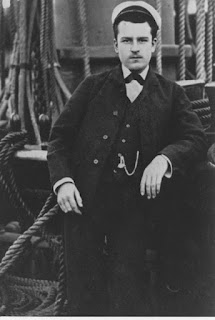 The CSS Alabama's South African Expeditionary Raid commenced shortly after the CSS Alabama left Brazil and the south Atlantic Ocean and patrolled southward of the African continent near the Cape of Good Hope. The raid lasted from about the beginning of August 1863 to the end of September 1863. The primary area of operation during this expeditionary raid was off the southern seaboard of Africa ranging east and west hunting for China clippers having to make the voyage around the Cape of Good Hope near Cape Town. CSS Alabama worked its way slowly back and forth in the vicinity of Cape Town between August - Sept 1863

21 June 1863 The CONRAD was renamed CSS TUSCALOOSA and Lt J LOW became Captain, was manned with 15 of the ALABAMA sailors.

July 1863 the coaster, Atlas, brought an official letter of introduction to the Governor from Raphael Semmes, the “gallant captain” of the Alabama, Capt Semmes asked Captain Boyce to land some thirty prisoners for him in Table Bay, with which request Captain Boyce was unable to comply.  REF From the _Cape Argus._August 6th, 1863.

27 July 1863 no little excitement was caused in Cape Town on the arrival of the coasting schooner Rover from Walwich Bay, with the news that the Confederate steamer Alabama had actually made her appearance about twenty-five miles off Green Point. REF: The TIMES Newspaper

29 July 1863 By a letter addressed to the Governor of this Colony by Captain Semmes, copy of which was telegraphed to me on the 4th instant, it appears that the Alabama had proceeded to Saldanha Bay for a few days, anchoring there on the 29th of July.

4 August public excitement was again aroused on the arrival of the schooner Atlas, Capt. Boyce, from Saldanha Bay, with the intelligence that the Alabama was lying snugly at anchor in that bay repairing. Ref The TIMES newspaper

Shortly after the Atlas arrived, a boat brought up some of the prisoners from Saldanha Bay, and amongst them one of the crew of the Alabama, who said he had left the ship REF From the _Cape Argus._August 6th, 1863. COULD FELIX FLOREZ HAVE BEEN ONE OF THESE PRISONERS?

8 August 1863 Low brought his ship the CSS TUSCALOOSA into Simon's Bay in South Africa, for 7 days for provisions

9 August 1863 the  CSS ALABAMA steamed out from Cape Town, bound for Simons Bay.

9 Aug 1863 CSS ALABAMA captured a Yankee bark the Martha Wenzell in the area of the Cape of Good Hope.

17 September 1863 the crew were permitted to have shore liberty, and nearly the entire number, including the petty officers, proceeded to get as drunk as possible. A week was spent in getting the unruly fellows on board and coaling ship.

24 September 1863 finding himself still fourteen hands short, Captain Semmes shipped eleven new ones at Simons Bay  BIG CLUE ABOUT THE DESERTION OF CREW IN CAPE TOWN, PERHAPS OUR FELIX FLOREZ WAS ONE OF THEM?

19 November 1863 CSS TUSCALOOSA put into St. Catherine's, Brazil, for supplies & was not allowed to purchase them & was told he must depart before nightfall.

27 Dec 1863 CSS TUSCALOOSA seized by British authorities as an uncondemned prize which had violated the neutrality of Her Majesty's Government.

This statement might be a BIG CLUE for us,

20 June 1863 Capt Semmes captured the CONRAD
21 June he manned the newly named CSS TUSCALOOSA with 15 of his best sailors
I assume none of the CONRAD's sailors were kept on board the TUSCALOOSA and that they were transferred to the ALABAMA on the 21 June 1863. What happened to them, could they have been imprisoned on the ALABAMA from June till they reached Cape Town near the end of July?

I have hypothesised one of a few scenarios, I am looking for evidence to support one of the following or otherwise

1. that at one of these rendezvous points the captured passengers of the Conrad were transferred from the ALABAMA to the Tuscaloosa on her journey along the western coast of SOUTH AFRICA / Namibia and possibly to Simonstown.  I assume that the captured sailors of the CONRAD including their Captain were imprisoned on the CSS ALABAMA the day of the capture of the vessel 20th June 1863. At some point these prisoners would need to be released at a neutral port. BIG QUESTION is when and at what port they were released. WE THINK FELIX FLOREZ WAS IN THIS GROUP.

2. That the prisoners remained on the Tuscaloosa and were finally released in Simonstown?
The Menigo Family history states that their great grandfather Nicholas "Clas" Menigo arrived with our    Felix Florez on the Tuscaloosa in Simonstown and that they walked all the way to Kalk Bay, where they settled in 1863. I would love to hear from the Menigo family, please write to me at veldsmw@aol.com. This could be supporting evidence to support hypothesis 2.

After visiting Cape Town, South Africa, Alabama sailed for the East Indies where it spent the next six months cruising for enemy shipping. While there, the formidable commerce raider destroyed seven more ships before redoubling the Cape of Good Hope and returning to Europe. 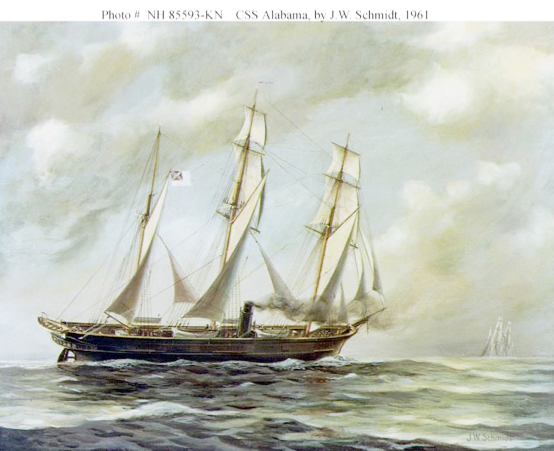 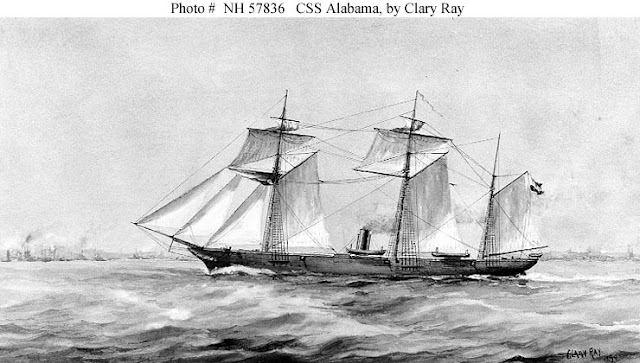 FELIX FLOREZ - and his descendants 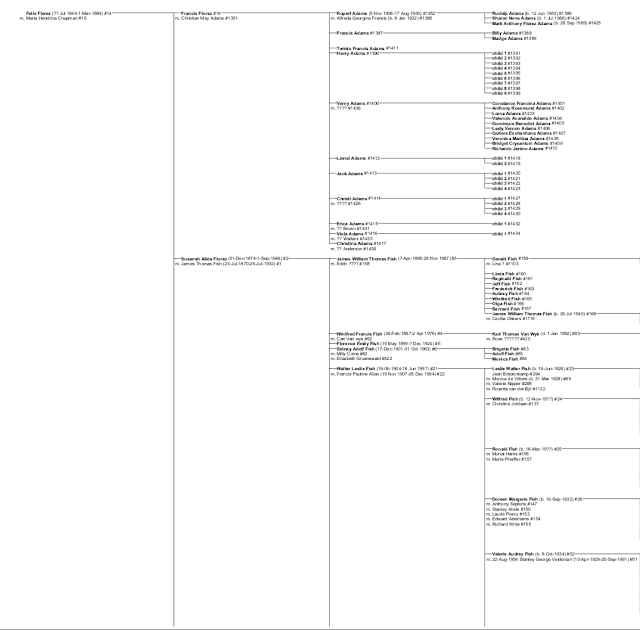 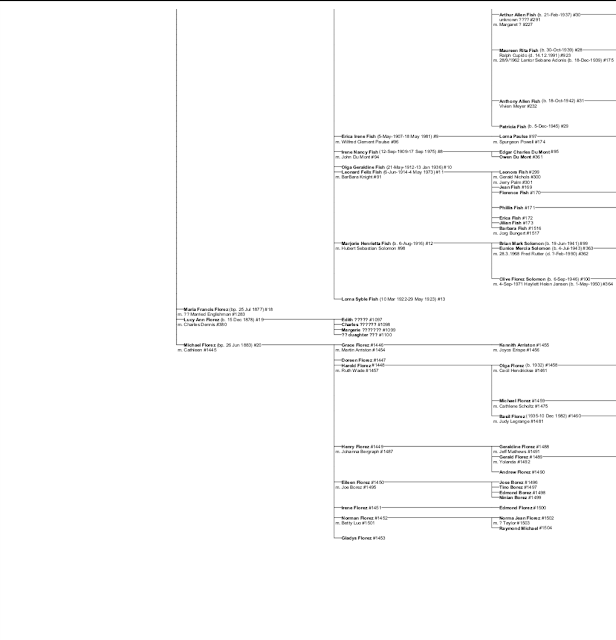 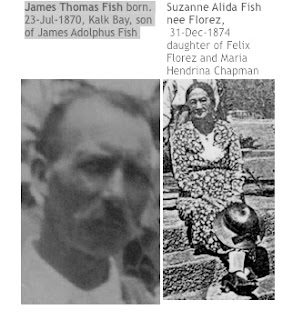 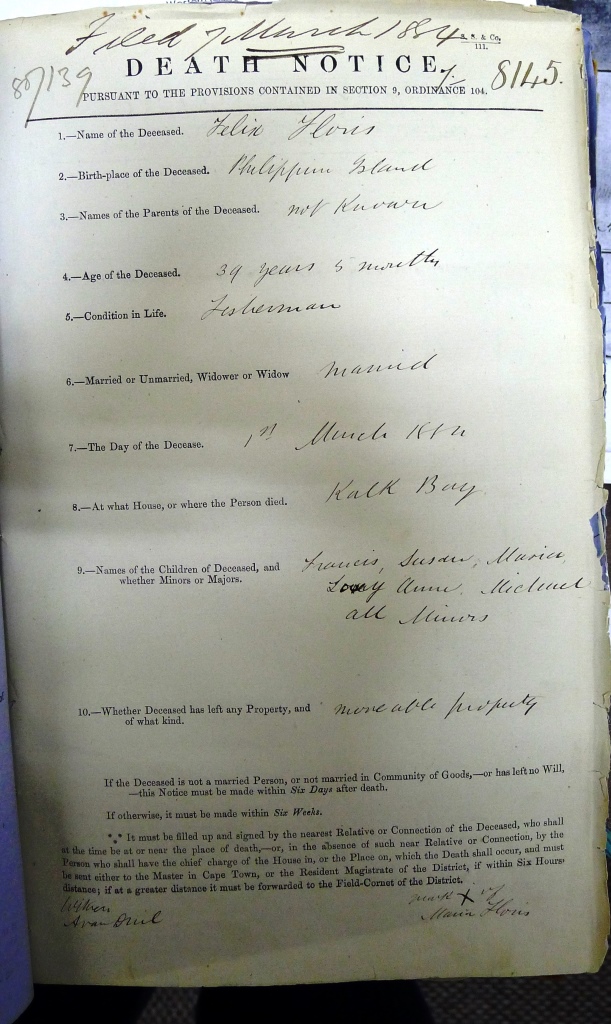 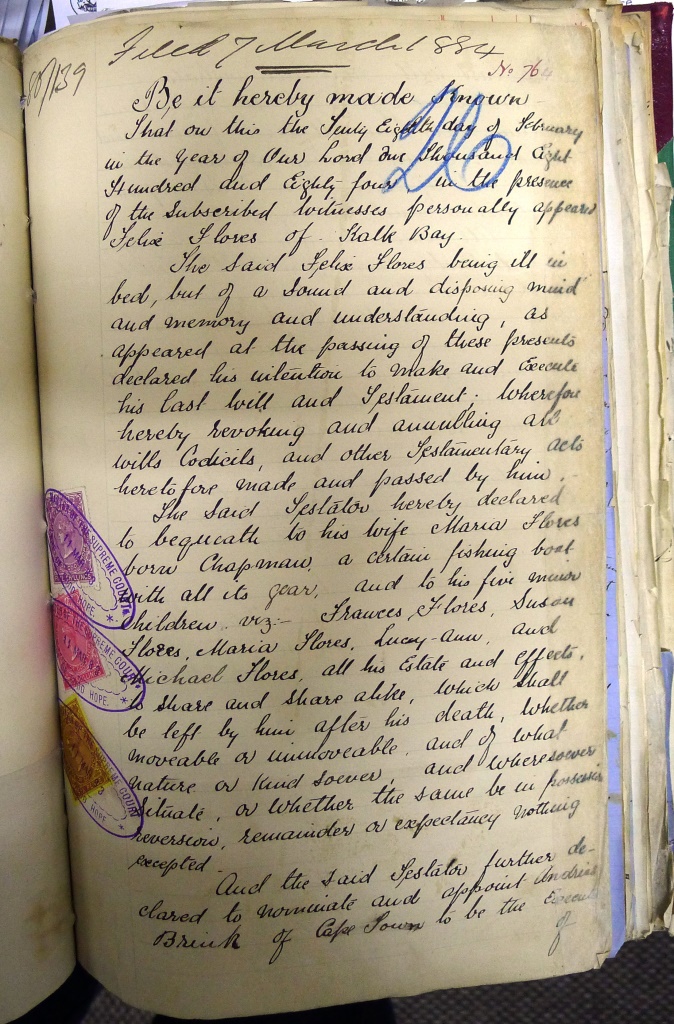 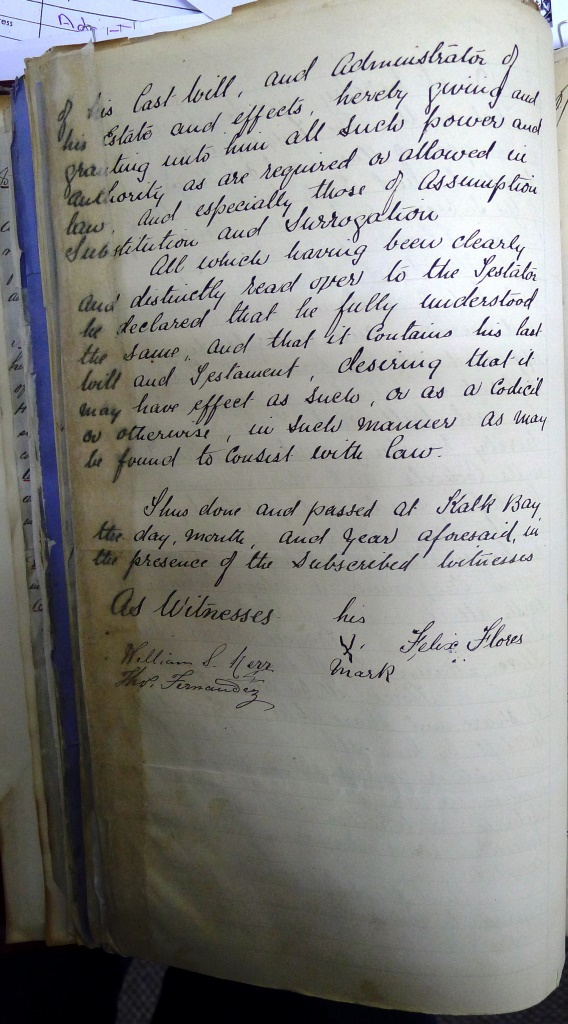 27 APRIL 2019 - STARTING A PROJECT TO FIND OUT THE ORIGINAL PLACE OF BIRTH OF THE FILIPINOS WHO ARRIVED IN KALK BAY IN THE 1850 - 1860's
please contact me at veldsmw@aol.com we can all contribute to finding our original families in the Philippines today. I would like to organise a trip to the Philippines in about 2 yrs time to meet many of our living families. It would be great if some Kalk Bay families could accompany me and our group on an exciting trip to the Philippines to find our families. Let me know if you can help us contact more Filipino families in Cape Town to gather more info on their families and if they would like to join our group to go to the Philippines. Please email me and I will send you a higher resolution image of this map. 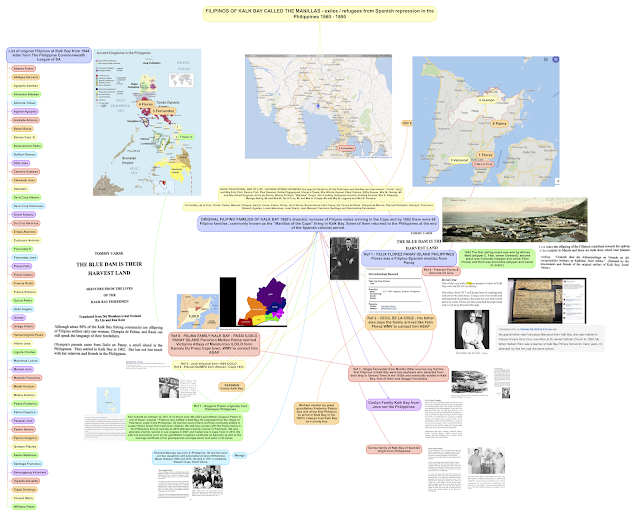