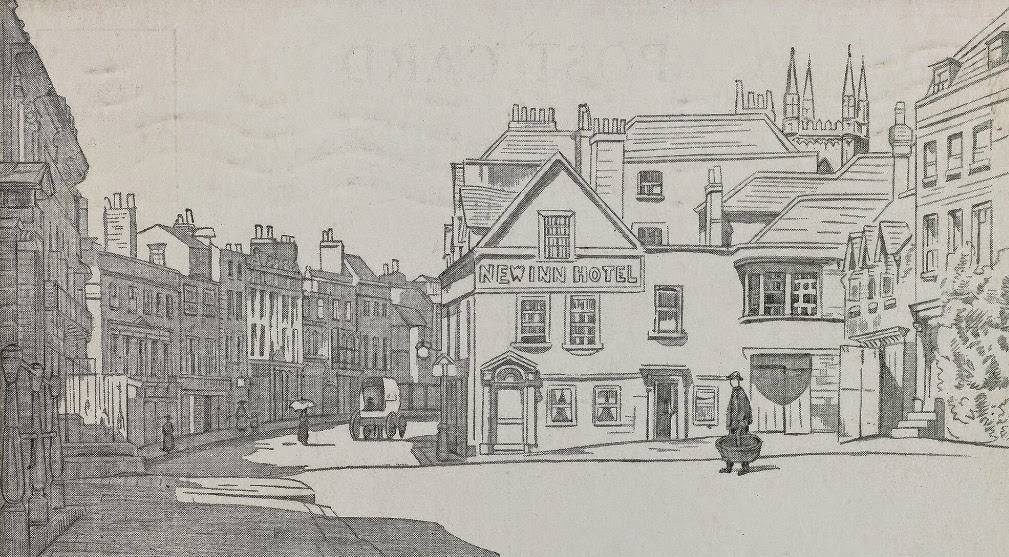 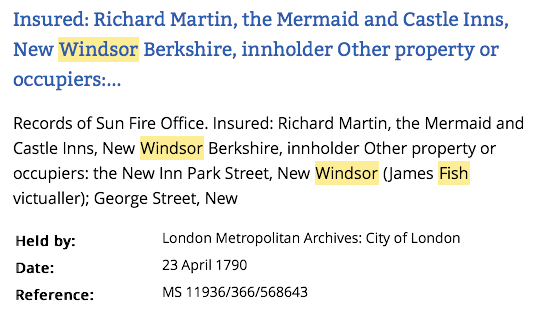 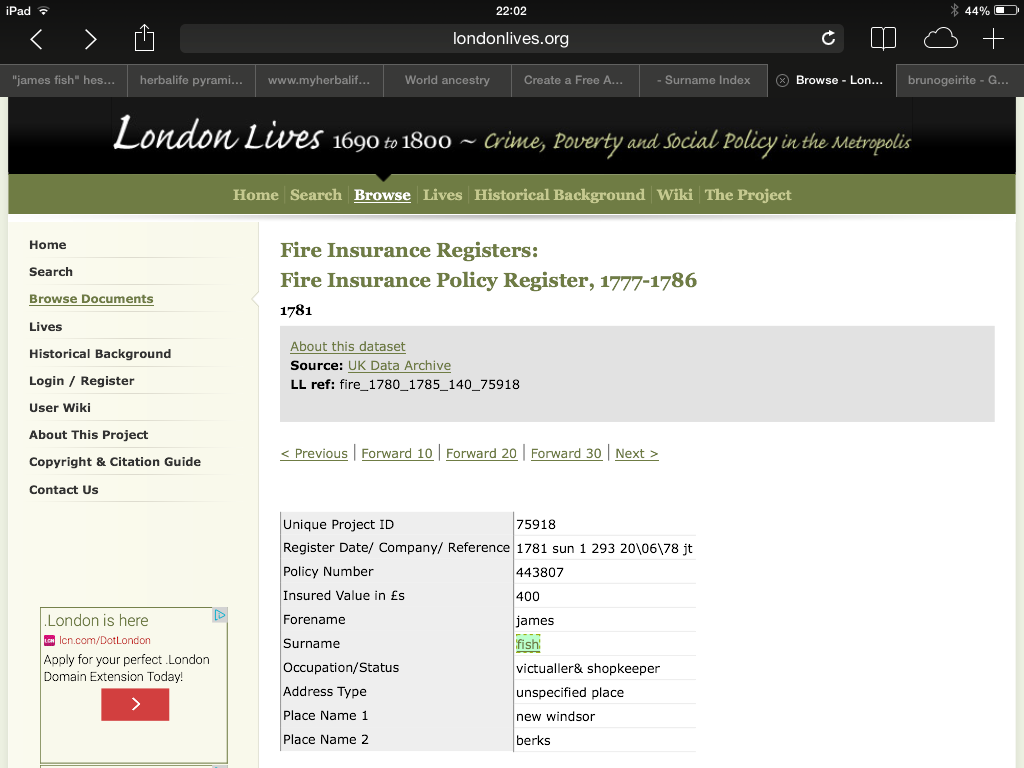 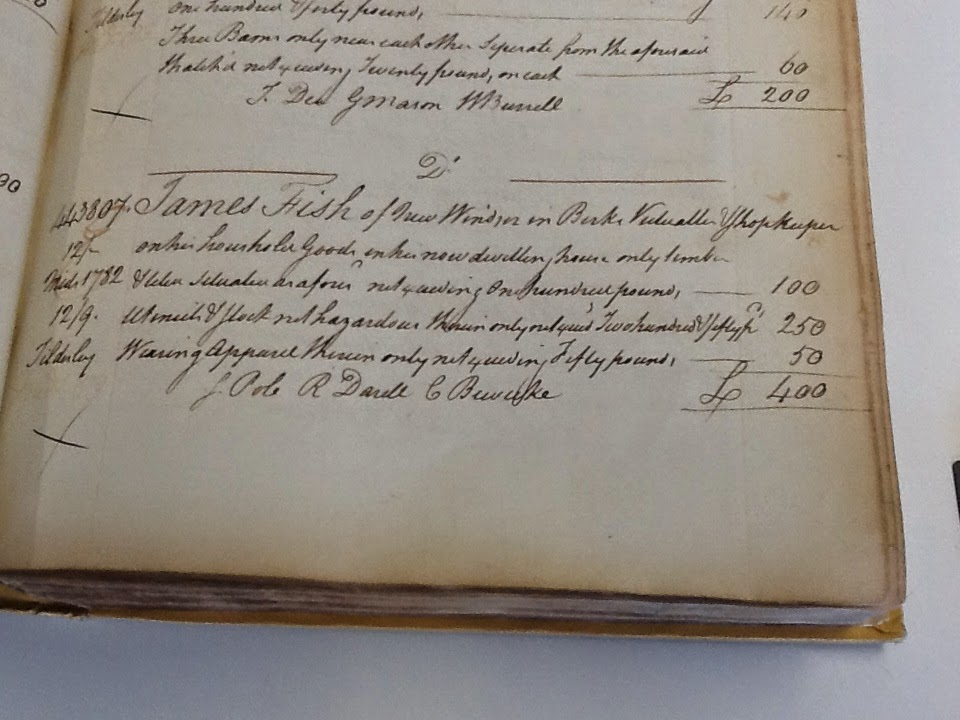 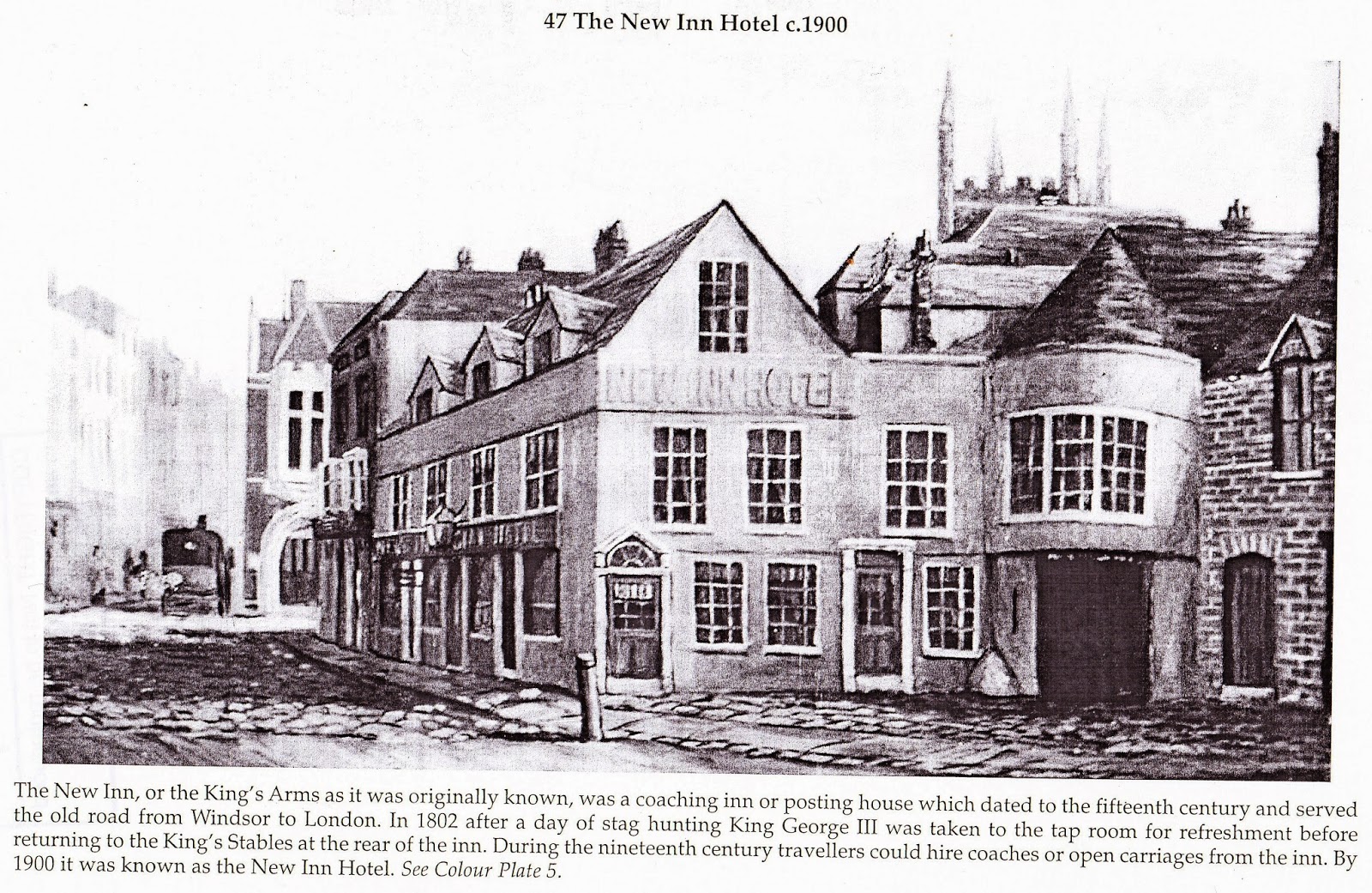 It is known and recorded that King George III stopped at this Inn after hunting, so we expect that James & Sarah Fish would have served the King. (The royal stables were immediately behind the New Inn so that on coming back from the hunt the King and his party would dismount and may have come in for a drink. 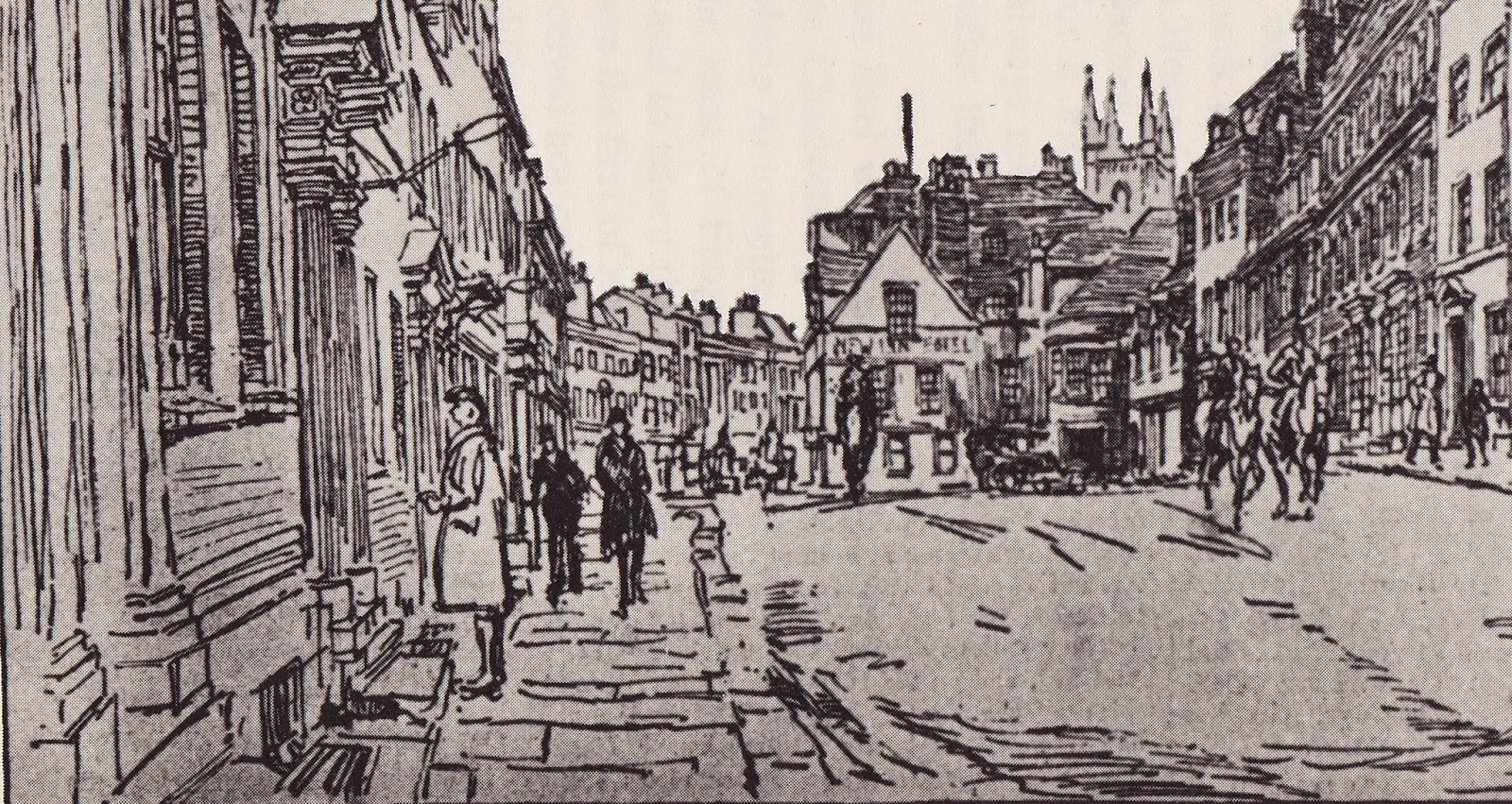 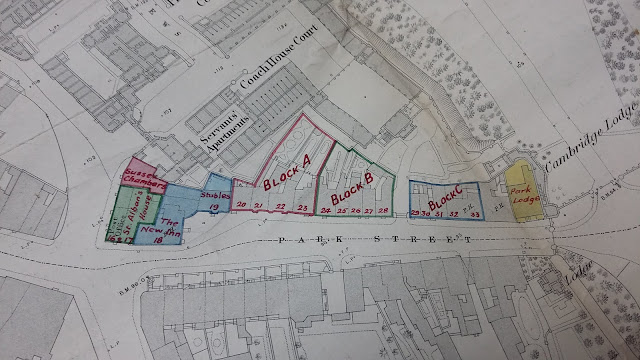 Location of the New Inn in Park Street (above) 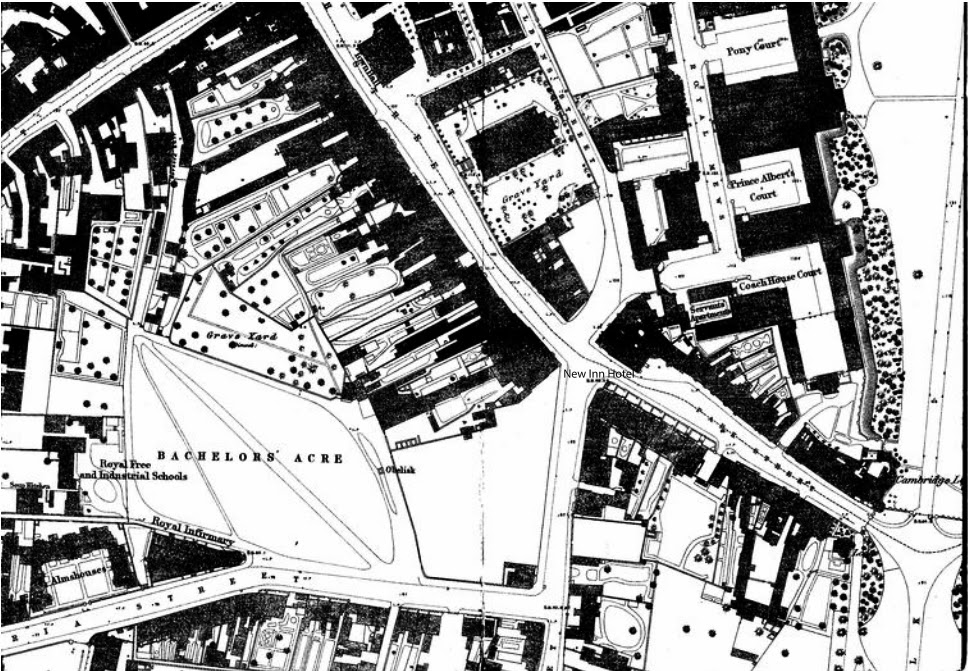 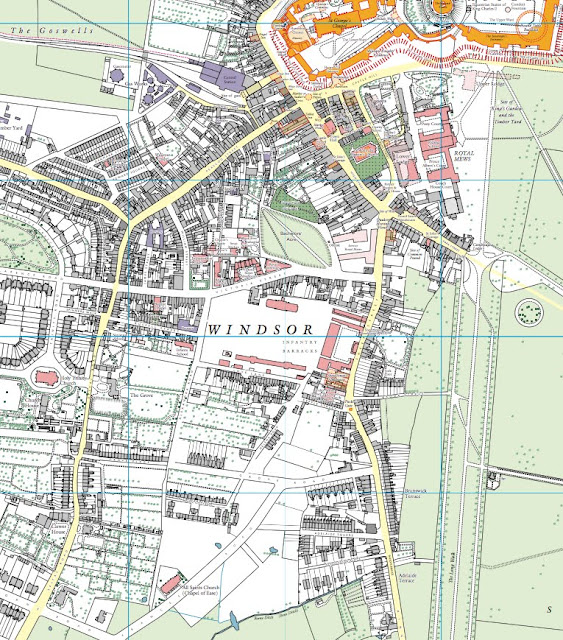 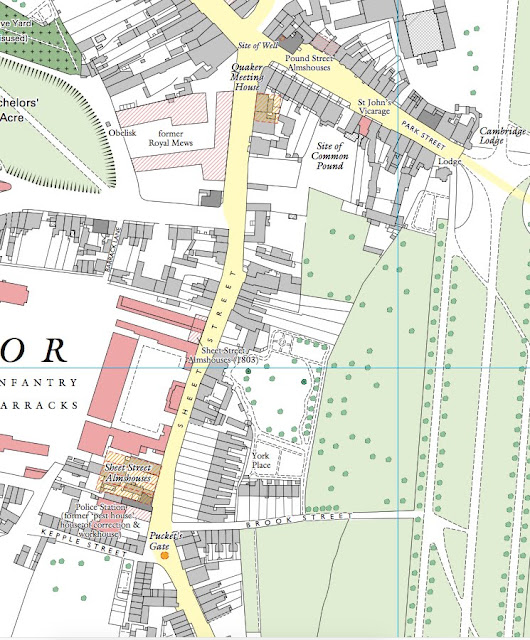 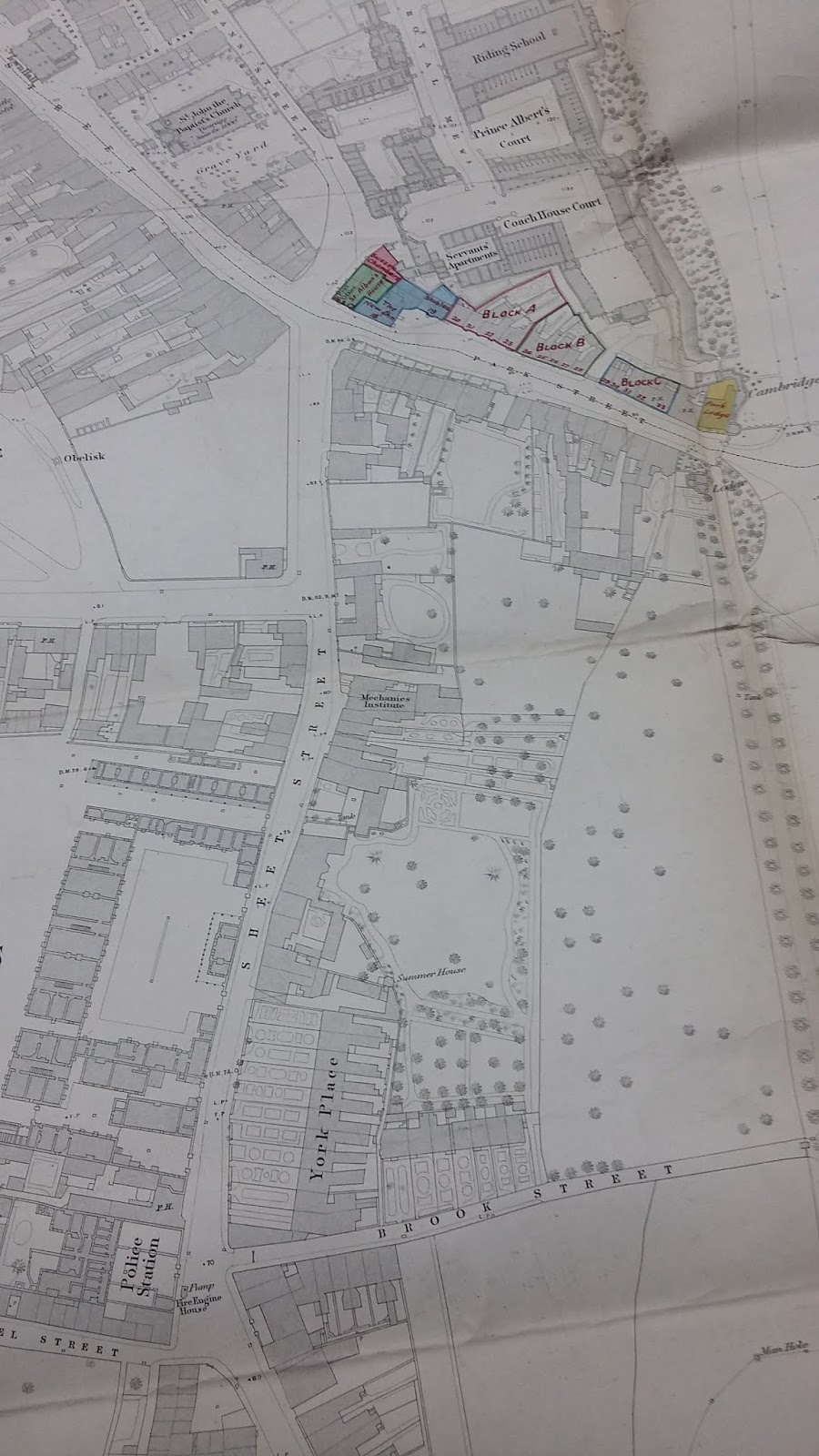 James & Sarah Fish lived in Sheet Street - we don't yet know where, they ran The New Inn hotel in Park street, so they lived close to the Hotel. 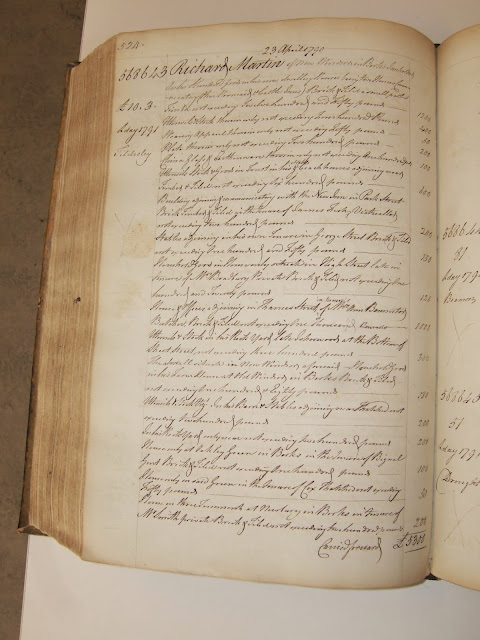 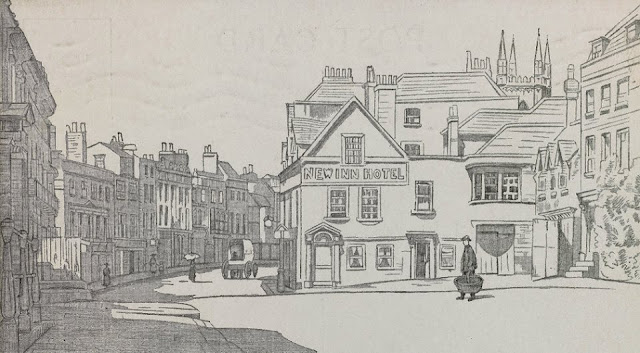 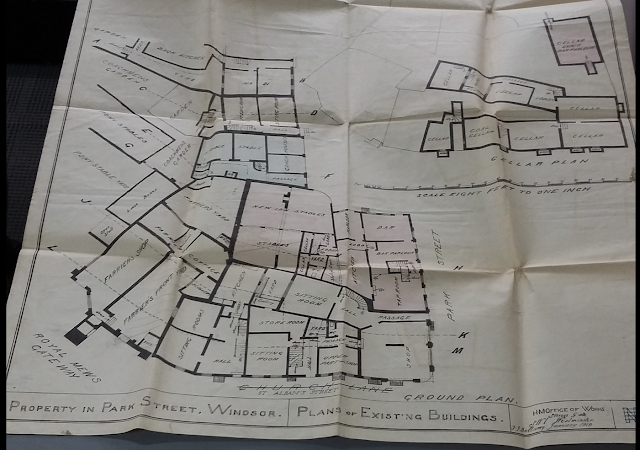 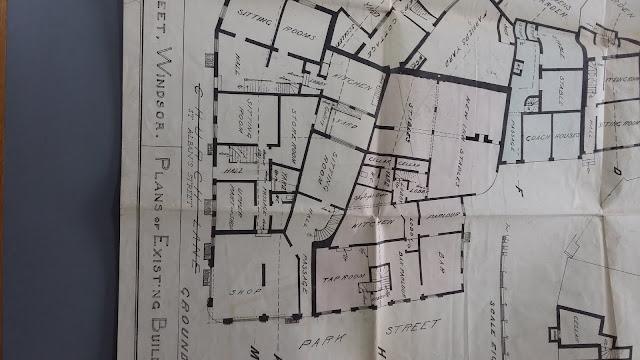 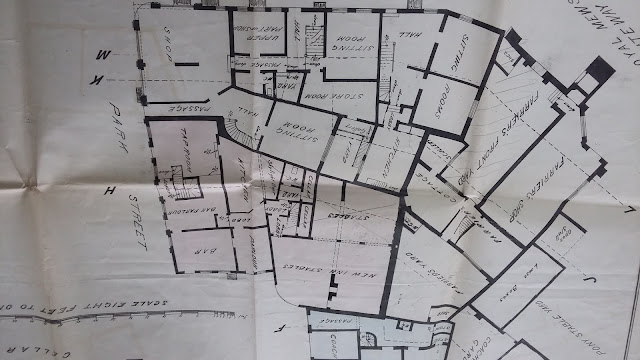 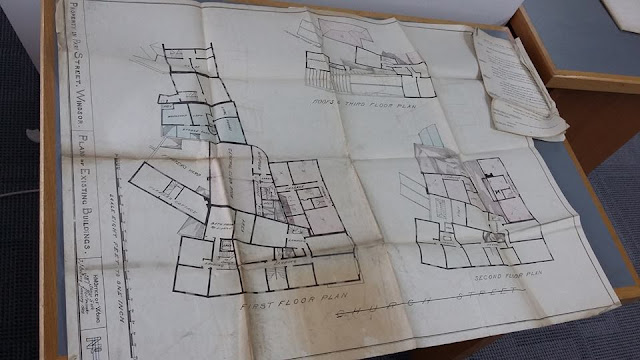 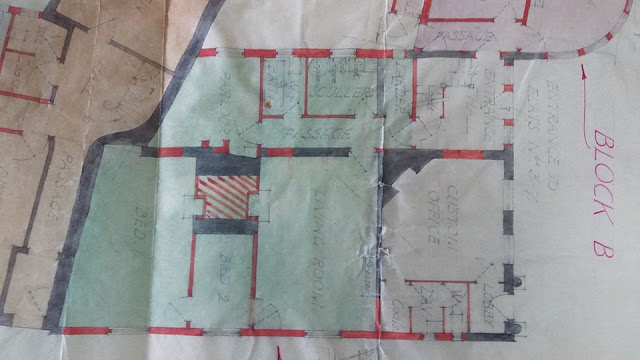 Actual New Inn Plans
from The National Archives In Kew