WILLIAM FISH (b 1813) Waterman on the Thames

The watermen in Windsor who plied their traditional aquatic trades for centuries on the Thames began to be aware that there were some financial advantages in supplying their services and skills to new classes of leisured ladies and gentlemen which emerged from 1750 onwards, renting boats to schoolboys from Eton and Westminster.
Roger Tolladay made rowing boats used in the Henley Regatta Race and for
William Fish was a waterman and a boat builder, he worked for Roger Tolladay who was a boat maker to His Royal Highness. 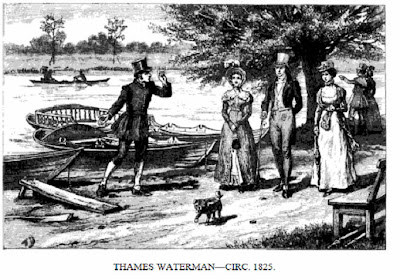 An axample above of a typical Waterman at the time. 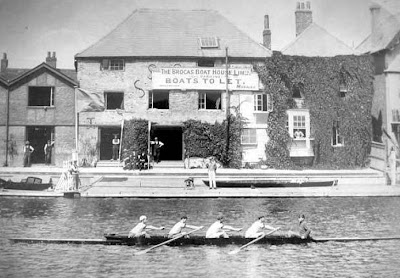 I believe that Roger Tolladay operated from the Brocas Boat house above around 1840
In 1909 the boathouse was taken over by the Eton Boathouse Company. 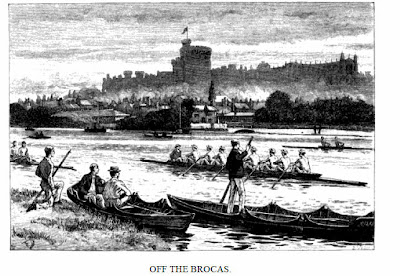 Further example of types of boats Tolladay built around 1840

﻿
Some Data from the .
William Fish

On 20 August 1842 the following report appeared in the Windsor & Eton Express.

Wm- Fish was charged with stealing from his master, Mr. Roger Tolladay, boat
builder, at , 500 leaves of gold and a pair of sculls, on the 3rd of August.
The prisoner was apprehended by Clarke one of the police, to whom he
said he had seen his master, and had promised to work out the value of the
articles. He was fully committed for trial.

Wm- Fish, 27, for having, on the 3rd of August, at , stolen 500 leaves of
gold leaf and a pair of sculls, the property of Roger Tolladay, was sentenced to
two months hard labour.
By the standards of the day he seems to have gotten off lightly. A few lines above William's name on the Buckinghamshire Register for Persons charged with Indictable Offences appears 23 year old Thomas Perry who was sentenced to ten years transportation for sheep stealing. Perhaps Roger Tolladay spoke up
for him, or maybe the death of his mother the previous August was taken into consideration. 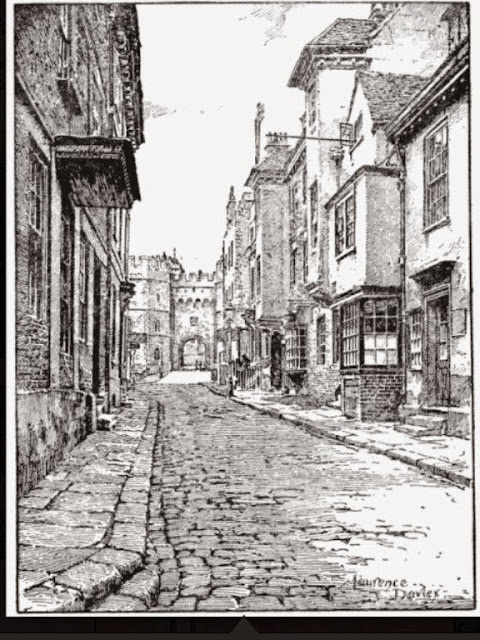